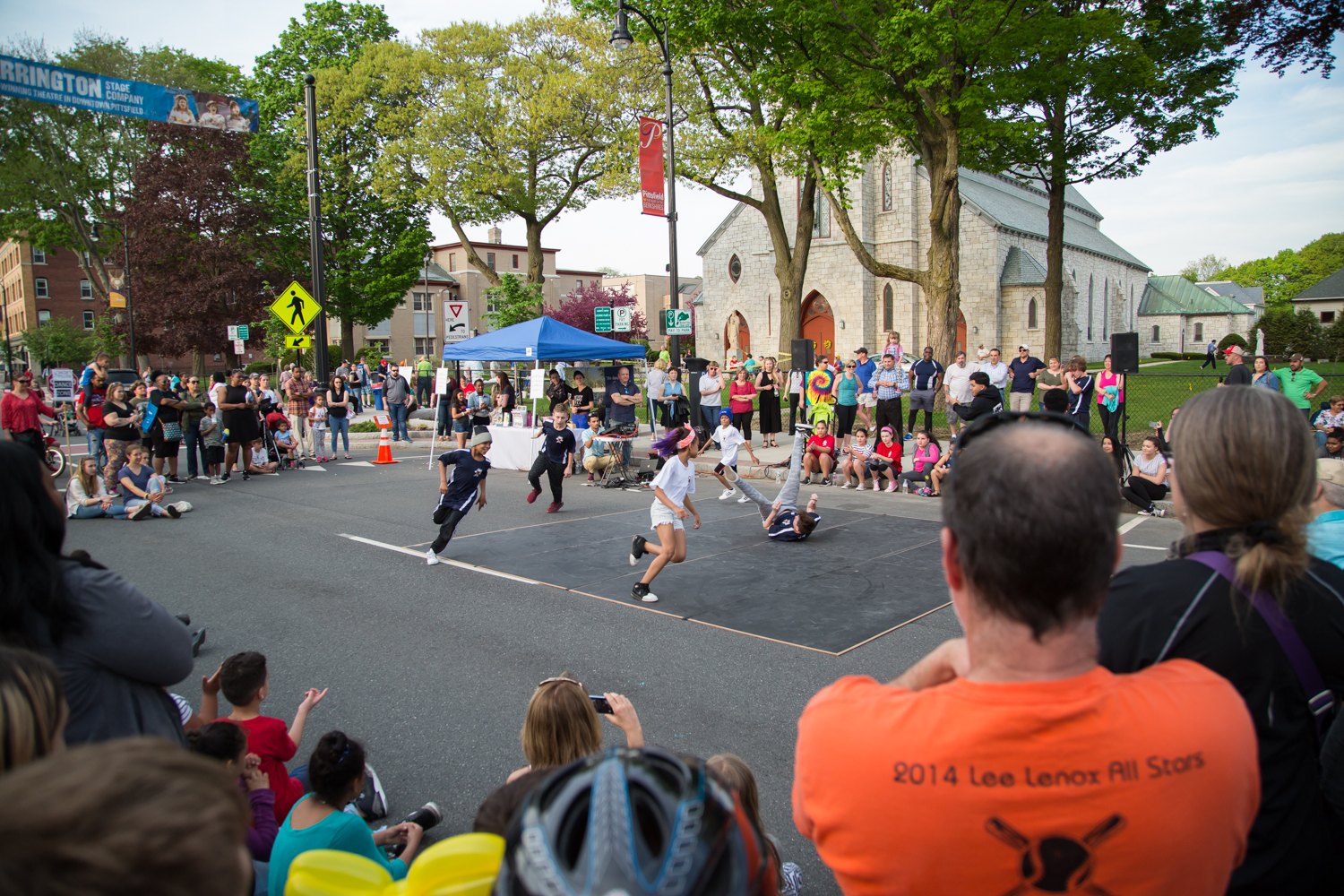 Every Third Thursday, May through September, come rain or come shine, the section of North Street from West Street to Linden Street will be closed to vehicular traffic, and the street will be filled with live music and performances, a variety of local food, vendors, and community activities. All 3rd Thursdays are smoke-free.

Visit one of the two dozen eating establishments on North Street or one of over a dozen food vendors during Third Thursday!

Entertainment will be provided by the Berkshire Bateria, Jacob’s Pillow Dance Company, Music in Common, and Berkshire Theatre Group who will perform a sneak peak of Shrek The Musical!

The Boy Scout rock climbing wall will be back and much more. Join the almost 100 vendors for a great night of music, food and drink in the heart of the Berkshires!

Join Jacob’s Pillow in the Dance Zone at the north end of Pittsfield’s July Third Thursday cultural street festival for a family-friendly pop-up performance. Based in Columbia, Maryland, the Teelin Irish Dance Company has graced stages locally, nationally, and internationally with world class Irish step dance. Under the vision of Director Maureen Berry, recipient of the 2009 Individual Artist Award for Choreography from the Maryland State Arts Council (MSAC) and the 2016 Howie Award from the Howard County Arts Council, the company’s innovative style fuses traditional Irish step dance with contemporary dance.

In addition to numerous performances at public, private, and corporate events, Teelin Irish Dance Company is also well known for its original productions of feature-length stage shows: Portraits of Ireland (2006-2011), StepDance (2012-2013), Sláinte (2014), and Celtic Storm (2016-2019). Prestigious venues for these productions include the Weinberg Center for the Arts in Frederick, the Lyric Opera House in Baltimore, Stephens Hall Theatre at Towson University, the Chesapeake Arts Center in Brooklyn Park, and the Meyerhoff Auditorium at the Baltimore Museum of Art.