In the “Company” of the Berkshires: Actor James Ludwig talks Company and Arts as an Economic Engine 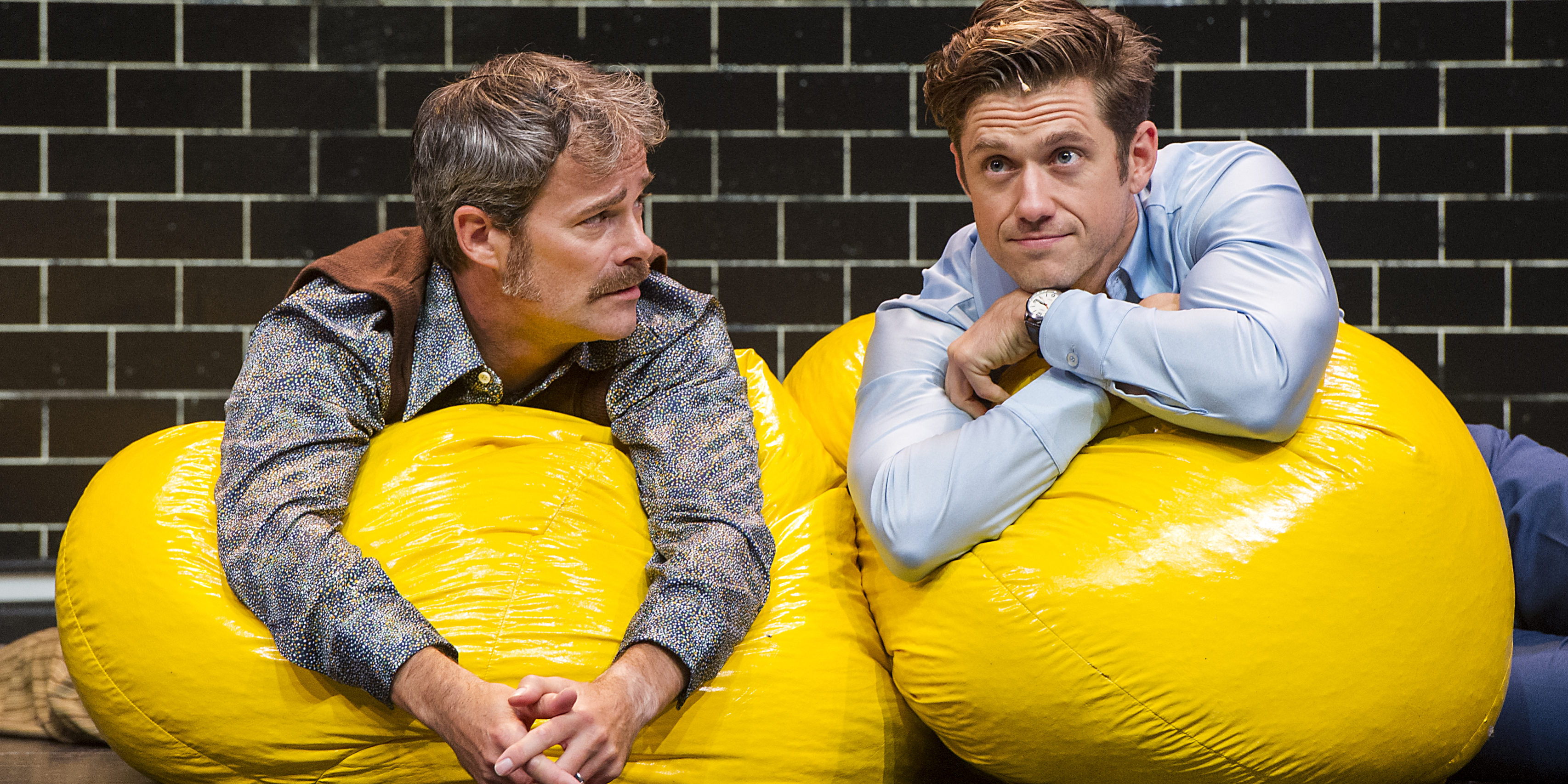 Barrington Stage Company (BSC), the award-winning theatre in Downtown Pittsfield, MA, has a huge hit on its hands this season with Stephen Sondheim’s Company. The cast of Company features Aaron Tveit (Broadway’s Catch Me If You Can, Next to Normal), as well as a cast of incredible actors that form, for lack of a better word… a “company” with enough talent to blow you away into the stratosphere!

Downtown Pittsfield, Inc. had the honor of interviewing one of these talented actors, James Ludwig (Broadway’s Spamalot), who plays “David” in the production. James grew up in Iron River, a rural and economically depressed town in the upper peninsula of Michigan (a town he still adores), and he has spent the last 25 years living in Manhattan, working as an actor in film, television, and on stage. At this moment, he is anticipating not only the thrill of an extended run of Company, but the birth of his son just 10 days after his final performance.

James plays “David” in BSC’s Company, one half of one of the five married couples in the show. As David describes it, “Bobby” played by Aaron Tveit is the core of the show while the married couples “get to be his playroom”, “representing and embodying his ideas of marriage”. “David” and his wife “Jenny”, played by Jane Pfitsch, have a blast portraying a glimpse into their married life for “Bobby”, and James credits Jane for being creative, empathetic, and a joy to work with.

For those unfamiliar, the music and lyrics written by Stephen Sondheim in this show are gorgeous, sometimes funny, sometimes emotional, and are all vocally challenging. The cast of BSC’s Company hits 6 and even 8-part splits with precision. James is “overjoyed taking on that challenge”. He credits Aaron Tveit as being “astonishing” and hopes for a cast recording to capture the stunning renditions of songs like “Being Alive” and “Marry Me a Little”.

This is not the first time that James has spent an extended period of time in the Berkshires. The “town of Pittsfield is near and dear to my heart”, says James. He has spent the past three summers in Pittsfield working on our stages. In 2015, he appeared in “Bells Are Ringing” at the Colonial Theatre, and the following summer, he starred as the hilariously twisted “Orin” and other character parts in BTG’s “Little Shop of Horrors”.

James relates the economic challenges of where he grew up in Michigan to those of Pittsfield, “To see how arts have stepped in and filled that void (of old industry)… it is so heartwarming to be a part of this Cultural Renaissance (in Pittsfield). I am very conscious of that and it is very important to me… doing a show in a town that really wants and needs it”.

He recognizes the arts as an “economic engine”. “Really solid theatre cannot be replaced by the internet; it is a group of people live in front of a group of people”. An amazing performance brings willing patrons who not only pay for their ticket to the show, but who pay for dinner, parking, and a souvenir from a local shop. “As an artist, it is great to realize that you have that value to the community”.

Besides having Broadway, Off Broadway, Regional, and film and television credits to his name, James pursues another passion, his love of craft beers. He started his own film company, Back40 Films, and produces a show about local craft beers, “The Happy Hour Guys”, with fellow Broadway actor Mark Aldrich. While here in the Berkshires, he has sought local gems, and has really enjoyed spending time at Pittsfield’s Methuselah Bar and Lounge, the bar at Eat on North, and Thistle and Mirth. Another highlight has been Big Elm Brewing in Sheffield, Massachusetts.