Dine Around the World without ever leaving the Downtown! 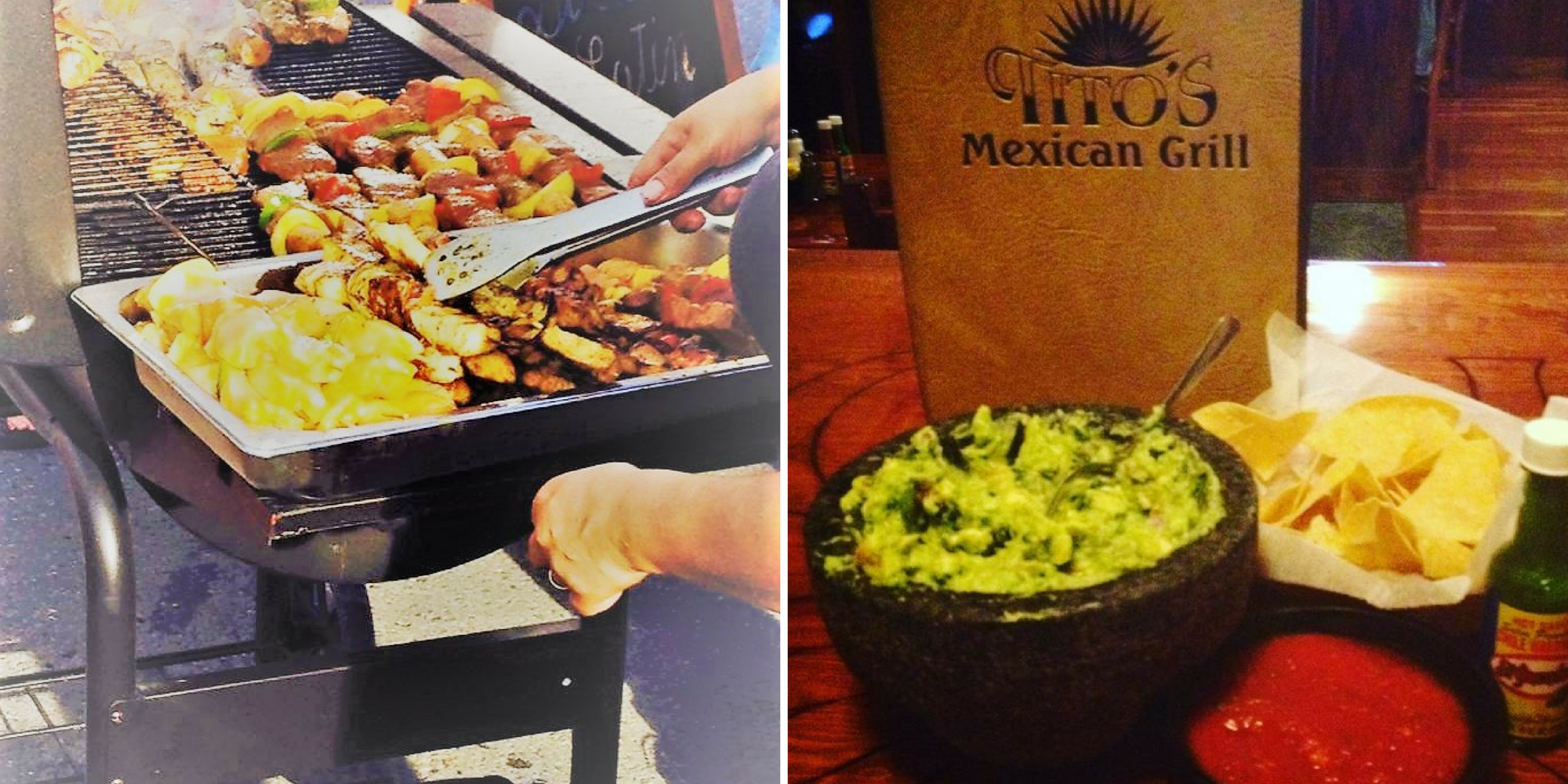 We caught up with some of our local owner/operators to hear more about their stories and how their food is inspired.

Lucia’s Latin Kitchen is owned and operated by Lucia Sandoval and features Lucia’s home-style Latin American food. Lucia originally from Ambato, Ecuador (a place she equates with the Berkshires) came to America as a teenager, first arriving in Brooklyn, NYC. She lived in Brooklyn for seven years, but she was not fully immersed in American culture until she moved to Western Massachusetts. As she recalls, “people spoke Spanish everywhere (in Brooklyn)”. In 2002, she moved to the Berkshires which was an eye-opening experience for her. She was out of her comfort zone, and she attended classes in the English language. At first, she missed family, friends, and food back in Ecuador, but she quickly made the United States her home. She was married here and had two sons, and she has always fought to keep her restaurant dreams alive. “I am thankful to America for its education,… my son has gone to college, and it has given me the opportunity to have my own business”.

In 2010, Lucia opened a small location on Onota Street in Pittsfield. In 2016, she made the move to Wendell Ave. Extension in Downtown Pittsfield; a place with a much bigger kitchen, more storage, and more seating. It was the perfect place to expand her catering business as well.

We asked her where she learned to cook, and like many of our other entrepreneurs, she learned from family. Lucia watched her mom as she cooked, and she always has found herself paying close attention to what people are doing in the kitchen. Her love of food has kept her in the restaurant business.

Lucia’s Latin Kitchen features a couple of authentic Ecuadorian dishes and other “Lucia-style” combinations influenced by Latin American cuisine from Ecuador and other Latin American countries. She has also modified recipes for the American palette. For example, she has added vegetables to her chicken fried rice. The true Ecuadorian dishes on the menu are Llapingachos (chorizo, potato pancakes, fried egg, beets and avocado) and Hornado (Baked pork, whole giant corn kernels, and potato pancakes). These dishes are served with an authentic, homemade Ecuadorian salad featuring purple onion, tomato, and cilantro all marinated with lime, olive oil, and salt.

If you have never been to Lucia’s, she recommends that you try the Shish Kabobs to savor the flavor created with the combination of meat, sauces, and seasonings. Vegetable kabobs are also available. You may have seen Lucia serving up kabobs during Pittsfield’s Third Thursdays, but they are also available year-round at her restaurant. The other thing you must try is her “magic green sauce”: Lucia’s original recipe which goes with everything, from chicken to seafood to salad to rice. It is also great for marinating. She is working on bottling her sauce for sale and hopes to have it available by 2018.

Lucia’s Latin Kitchen is open Tuesday through Thursday, 11 am to 8 pm; and Friday and Saturday, 11 am to 9 pm. Her menu also features soups, salads, empanadas, sandwiches, and desserts. For lunch, try her Cuban or steak sandwich, or a grilled or breaded chicken sandwich. She is also available for catering birthdays, anniversaries, weddings, quinceañeras, and even Thanksgiving dinner!

House of India opened in Downtown Pittsfield in 1994, and current owner and chef, Jaswant Singh Banga, bought the restaurant from his uncle in 1995. Jaswant was born in Punjba, India where he helped his father on their family farm. He recalls helping in the fields of rice, lentil, sugar cane, and mustards. Jaswant came to America when he was 21 years old, and learned how to cook by working with his uncle and watching the other chefs as they cooked. Today, House of India features Authentic North Indian cuisine, and serves both dishes created by his uncle and new dishes that are being added every year.

As part of the Northern Indian tradition, a special clay oven known as a Tandoor is used to prepare special dishes as well as naan. This charcoal fired oven gives the foods prepared in it a distinct flavor. Tandoori naan and Kabab’s made from chicken, shrimp, lamb and salmon are all cooked in the Tandoor.

We asked Jaswant what he would recommend to someone who has never tried Indian food before. He recommended the Curry Chicken or the Korma (boneless chicken cooked in a mild rich almond and cream sauce). For vegetarians, Jaswant recommends the Malai Kofta which consists of finely minced vegetables formed into balls and simmered in cardamom, saffron, garlic, almond, raisins, and a light cream sauce. Another vegetarian dish, Veggie Korma, features nine garden fresh vegetables cooked in a rice gravy with yogurt, almonds, and raisins. All of the dishes on the menu can be spiced to order, whether you would like them mild, medium, or hot.

Another highlight of the House of India is its Lunch Buffet, served Monday through Saturday, 11:30 am to 3:00 pm, eat in or take out, for only $10.95. The buffet features three kinds of chicken, three vegetable dishes, rice, bread, two appetizers, and two desserts. There are also other lunch specials for only $8.95. Dinner is served seven days a week, 5:00 pm to 9:30 pm.

Tito’s Mexican Grill is a family-owned and operated Mexican restaurant in Downtown Pittsfield. The former Baba Louie’s location has been transformed into an old Hacienda style restaurant with eye-catching custom iron work and hand-carved chairs. Authentic dishes, inspired by different regions of Mexico, are created by chefs with nineteen years of combined experience. Everything on Tito’s extensive menu is made fresh daily. Enjoy crispy tortilla chips paired with guacamole so fresh that it is literally made in a cart right in front of you and served in a hand-carved granite Molcajete from Mexico!

Tito’s Mexican Grill features over a dozen chicken dishes, numerous seafood and vegetarian plates, quesadillas, tacos, nachos, fajitas, enchiladas, burritos, salads, soups, and desserts. They have a wide selection of alcoholic and non-alcoholic beverages including their popular margaritas. They also offer a special lunch menu “to get you refueled and back to work in just 30 minutes”! There is even an item on their lunch menu called the “Speedy Gonzales”! A kids’ menu is also available.

Brits R US is your source for all things British and Irish! This grocery and gift shop in Downtown Pittsfield features grocery items, candies, and snacks from the UK, Wales, Scotland, and Ireland. From Cadbury chocolates to meat pies! They also carry a selection of British fan merchandise such as Harry Potter, Dr. Who, and Sherlock. Brits R US is open Wednesday through Saturday: 10:30 am to 6:00 pm. Closed Sunday through Tuesday.