“A Christmas Carol” : A Holiday Tradition in Downtown Pittsfield! 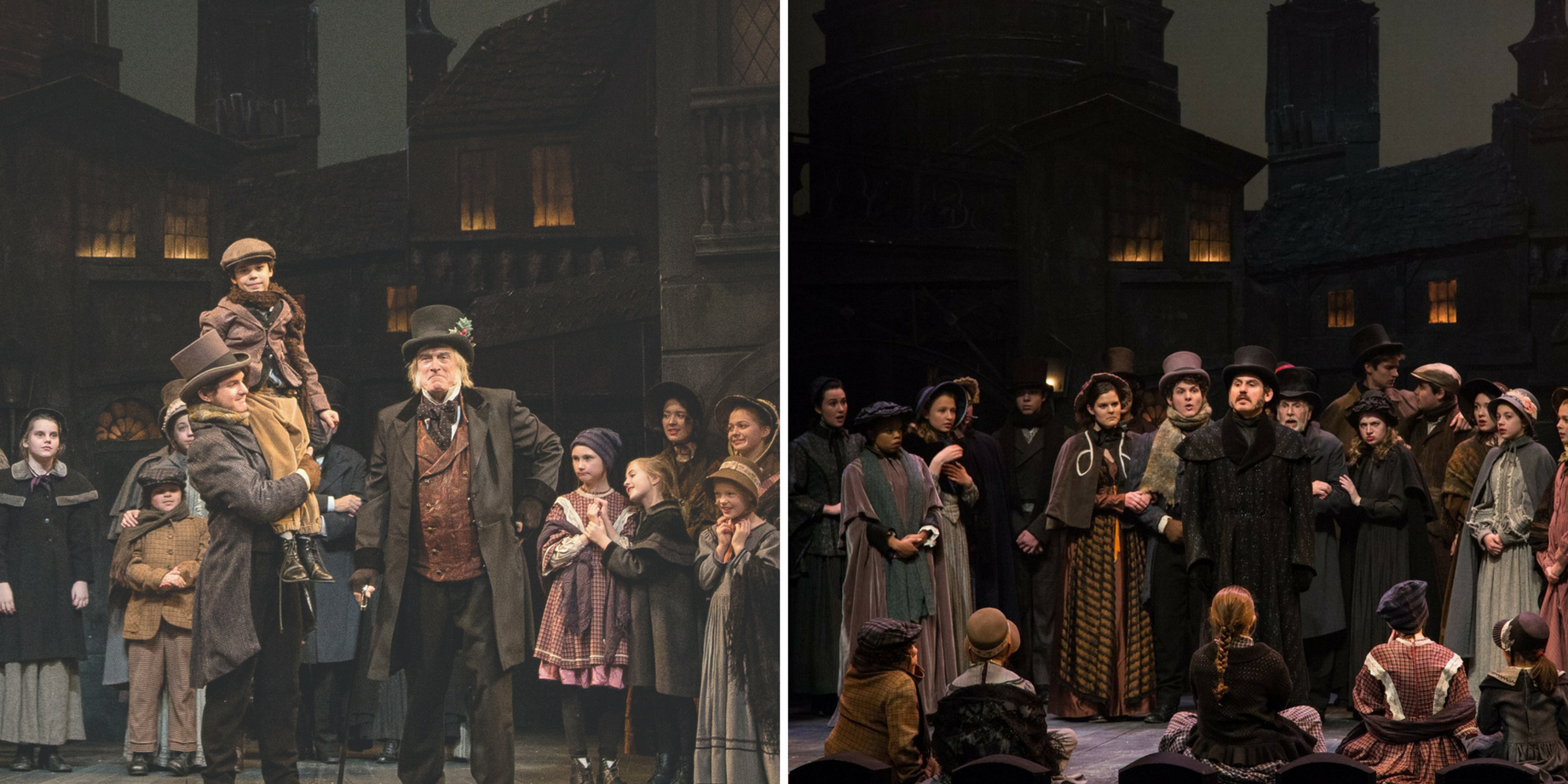 Revisiting Charles Dicken’s “A Christmas Carol” has been a family holiday tradition for decades. Berkshire Theatre Group has created a Berkshire Holiday Tradition over the past twelve years with its annual community production of this holiday tale adapted by Eric Hill. The first production of Hill’s “A Christmas Carol” took place at Berkshire Theatre Festival’s Unicorn Theatre in Stockbridge in 2006, and has since expanded to a grand scale in the breathtaking Colonial Theatre in Downtown Pittsfield, where it has been performed since 2011.

We interviewed the director of this year’s production, Travis G. Daly, a 15-year veteran of Berkshire Theatre Group. In addition to directing BTG’s production of “A Christmas Carol” for the past 2 years (co-directing for 3), he is also an Associate Artist of the BTG Plays! Year-Round Education Program.

If you see this year’s production of “A Christmas Carol” you may recognize some of the faces. Eric Hill, who also adapted the novel to create BTG’s stage production, has been featured as the role of Scrooge since this production’s inception in 2006. “Eric is wonderful to work with. His spirit, passion and humor help set up a dynamic educational experience with the cast and crew”, remarks Travis.

Gray Simons has also been involved with the production for many years, lending his talents this year to the role of Mr. Dickens, leading the audience through the story of Ebenezer Scrooge and his Christmas visitors. Hanna Koczela, a senior at Hoosac Valley High School, has been in the production for 9 years. This year, she is playing the roles of Belle, Laundress, Chorus and Understudy for Female Party Guest. “A Christmas Carol” is truly a community passion project and one that delights cast and crew as well as audiences.

The community is involved both as actors and crew members in this year’s production. “It’s important to have the community involved because this is their theatre!”, says Travis. “I think the Pittsfield Theatre scene continues to grow every year. We want to open our doors and create productions that are for everyone.” And that is exactly the goal of this annual community production. Each year new actors breathe new life into some of the roles creating a new dynamic and a new production. New staging and special effects are also added each year. Veteran actors prepare to delve into a part they love and adore for another magical holiday season.

BTG’s “A Christmas Carol” has pleased audiences year after year and shows no signs of slowing down. “You should come check out this year’s show because of the message. It’s the ultimate tale of transformation and redemption.”, says Travis. Be ready to transport yourself back in time to Victorian England. Enjoy holiday carols, beautiful costumes and sets, memorable performances, and the warmth of a community coming together to enjoy this holiday tradition; all within the gorgeous walls of the place Travis calls his favorite place in Downtown Pittsfield: The Colonial Theatre!

*Tickets to the Special Community and Sensory-Friendly Performance on December 13 at 7 pm: $5