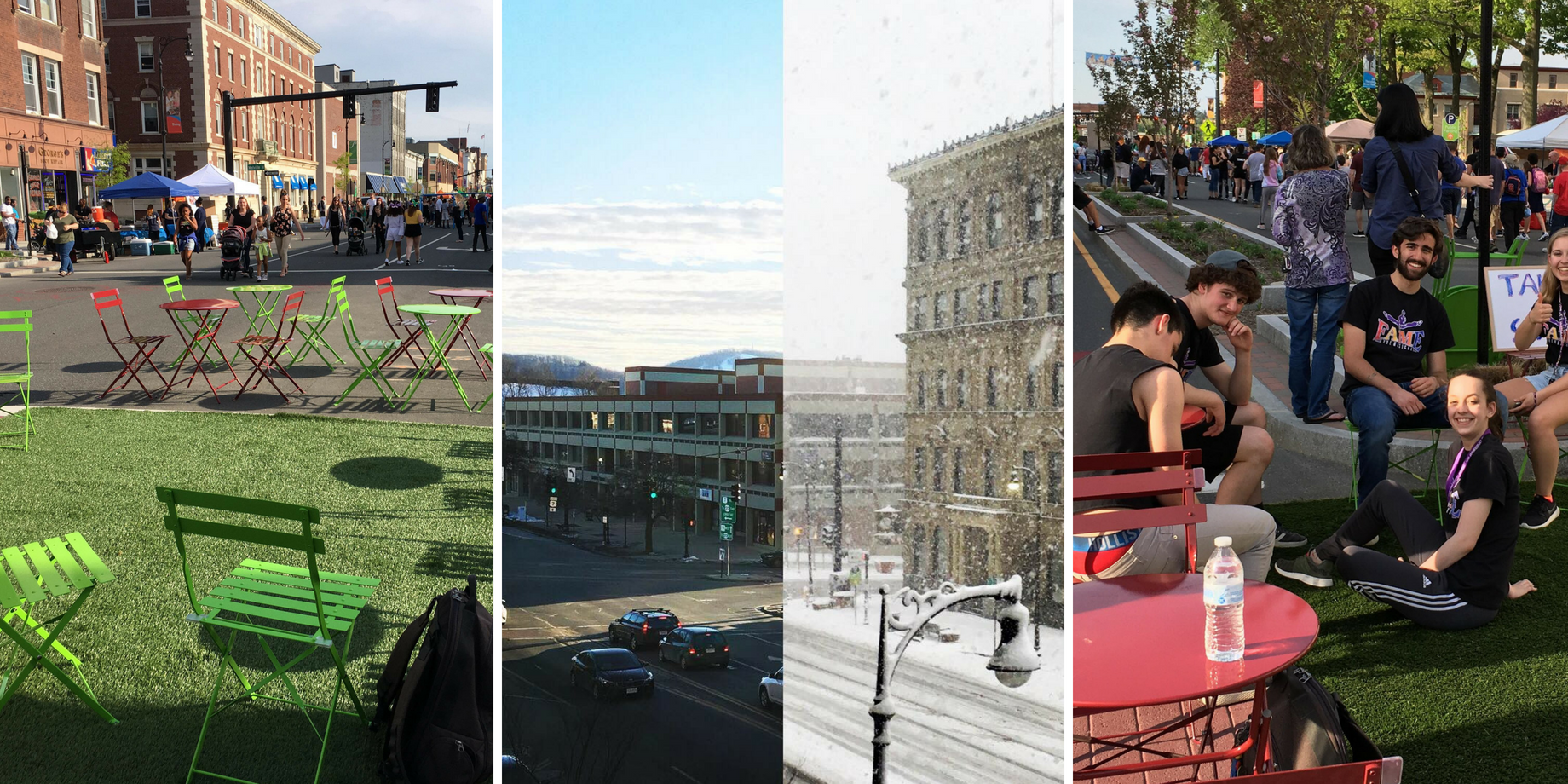 Downtown Pittsfield, Inc.’s newest Board Member is Nicholas Russo, but you may have heard of him by another name, or alias really, “The Pittsfielder”. Russo has been provoking thought and inspiring conversation about our hometown, Pittsfield, Massachusetts, through his “The Pittsfielder” website and Facebook page. “The Pittsfielder is about seeing the city from a new perspective: standing on two feet or riding (or rolling) on two wheels. We have enough of a windshield perspective already”, says Russo. Russo, a proud downtown resident, hopes to bring some of his perspective to the DPI Board as well as continue to create projects of his own such as the City Street Ride and public seating at Third Thursdays.

Russo recently began a job at Alta Planning + Design in Troy, NY, where he helps plan and engineer multi-use paths, rail trails, and bike paths, but he still plans on living in downtown Pittsfield and making the commute. When at home, he challenges himself to do as much as he can on his bike…be it to go to the grocery store or a friend’s house. He calls this “riding purposefully” and his passion to do so began when he was an intern biking to work at City Hall while at Pittsfield High School.

Riding purposefully and enjoying time spent on a bike is a passion that Russo is hoping to share with other Pittsfield residents. He came up with the idea for a free “City Street Ride”, open to the public, where he will lead willing participants on a bike ride along a new route in Pittsfield. Children, families, pets, and all abilities are welcome on the City Street Ride, and if you RSVP you may be able to borrow a bike. More information can be found at thepittsfielder.org/streetride. 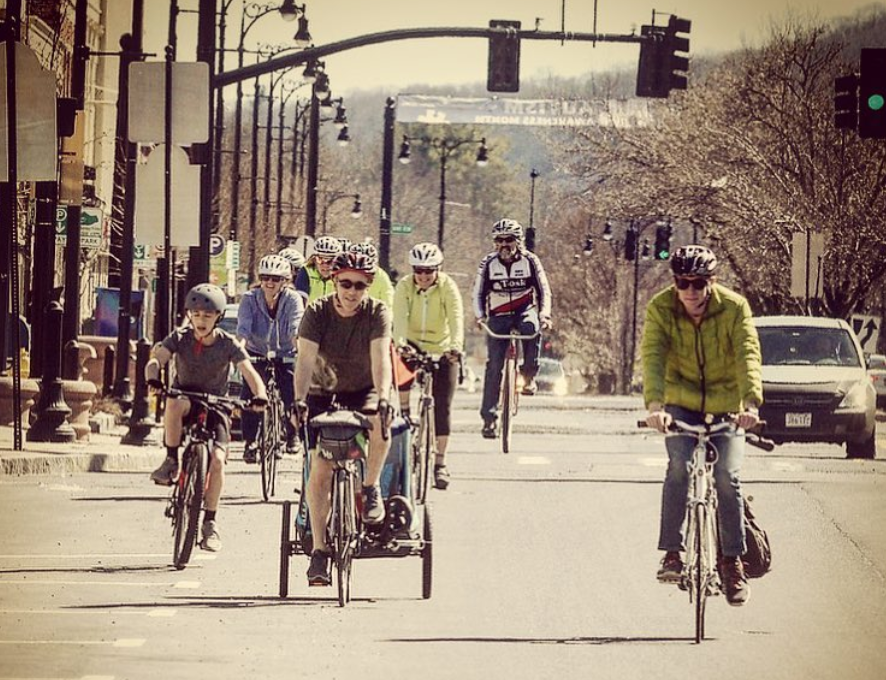 Russo also found himself playing a hand in the May Third Thursday in downtown Pittsfield. He created inviting public seating, with bistro style chairs and tables, on a welcoming green “lawn” in the middle of North Street – the perfect place to get off your feet or enjoy a tasty helping of street fare. The furniture was all borrowed from Discover Tyler St. (who used them for their Better Block event last summer), and Russo enlisted some friends to help him with the set up and clean up including Tina from the The Funky Phoenix, Kate Lauzon and Carrie Jean Converse. For the upcoming, June 21st, Third Thursday, Russo will be doubling the green space and will have plants on loan from Whitney’s Farm Market & Garden Center. The seating area can be found in the middle of the closed street in front of Framework, Pittsfield Coworking at 437 North Street. 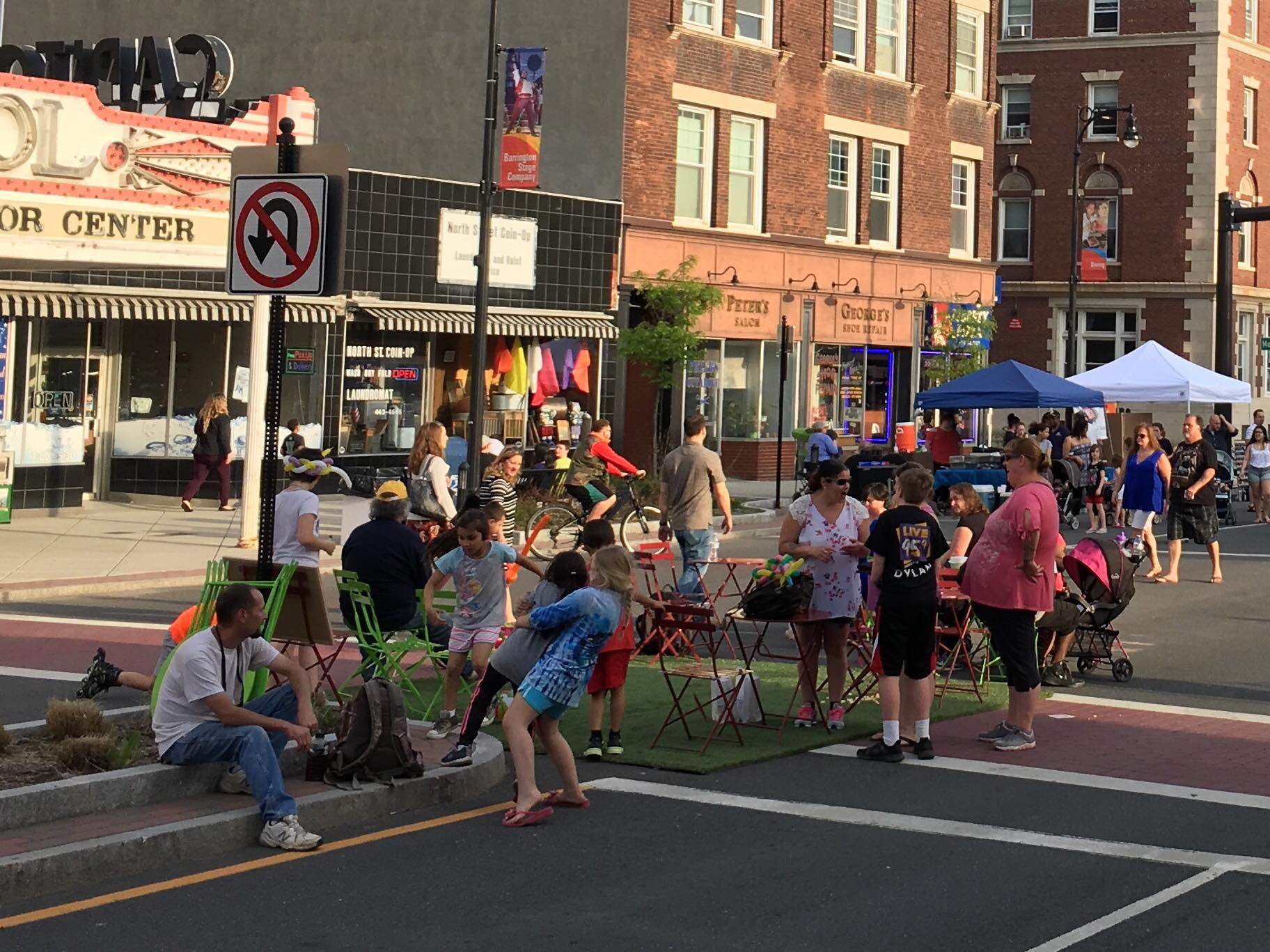 Russo has only recently revealed his other identity as “The Pittsfielder”, keeping that under pretty tight wraps until appearing on The John Krol Show a couple of months ago, but coming forward has given him an opportunity to plan community projects and serve on the Downtown Pittsfield, Inc. board. He still continues to post information as “The Pittsfielder” to reach a broader audience than just his personal contacts.

About his blog space, Russo says, “This space is dedicated to telling the story of Pittsfield as a city. While most of the county is green, wild and bucolic, some parts are designed, built, and shared by many. Of these places, none are as Urban as Pittsfield. How do we Pittsfielders make this a more modern, connected, sustainable and communal city? What do young people and longtime natives see in a city like this?”

Russo does not give answers on his blog or Facebook to these questions, more “potential answers” or starting points for conversation on how certain ideas could work for us in Pittsfield. Russo is heavily inspired by other blogs he follows, including Strong Towns, The Project for Public Spaces, Streetsblog, and Parksify.

Russo’s plan for “The Pittsfielder” website and social media is for them to “be a place to show original content, share local news and national topics that may be relevant to Pittsfield, and provide a forum for discussion and debate, online and on the street.”

He is also known for capturing street life with his camera. “I want to normalize living downtown, being on the street at any and all hours of the day, and being an integral part of the most urban part of western Massachusetts”, says Russo. Russo is always on foot, on two wheels, hanging out in a downtown business, or looking out from his downtown apartment, and he captures some great moments in our downtown. In fact, his Pittsfielder logo is inspired by the streetlight that he sees from his window. The image symbolizes a cross between a light in the dark and shining a spotlight. 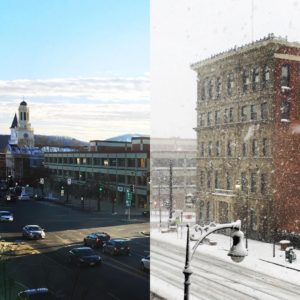 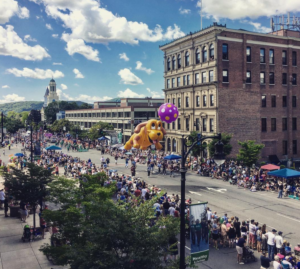 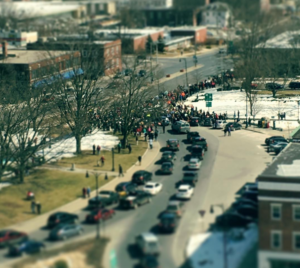 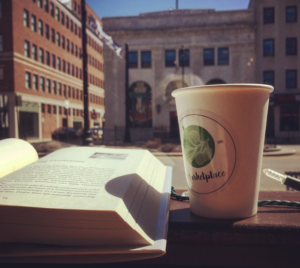 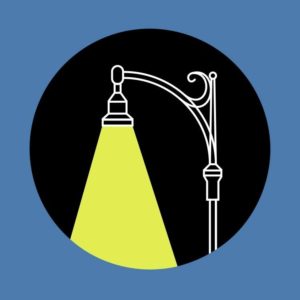 Russo’s ultimate goal in his capacity as board member and proud resident is to bring more people to live downtown. He has lived in downtown Pittsfield for 3 years and he wishes to advocate the advantages of doing so. He wants to see more housing options downtown and show that downtown living is not just for the single or the retired, and he wants to make downtown even more attractive for kids and families. He loves reading about the things that can entice families to move downtown, such as making the traffic even calmer or safer, making evenings kid and family friendly, and giving more access to green spaces. “You can only make our downtown more attractive. There is no limit”, says Russo, who hopes to make “livability” his focus for his current term on the DPI board which began in May.