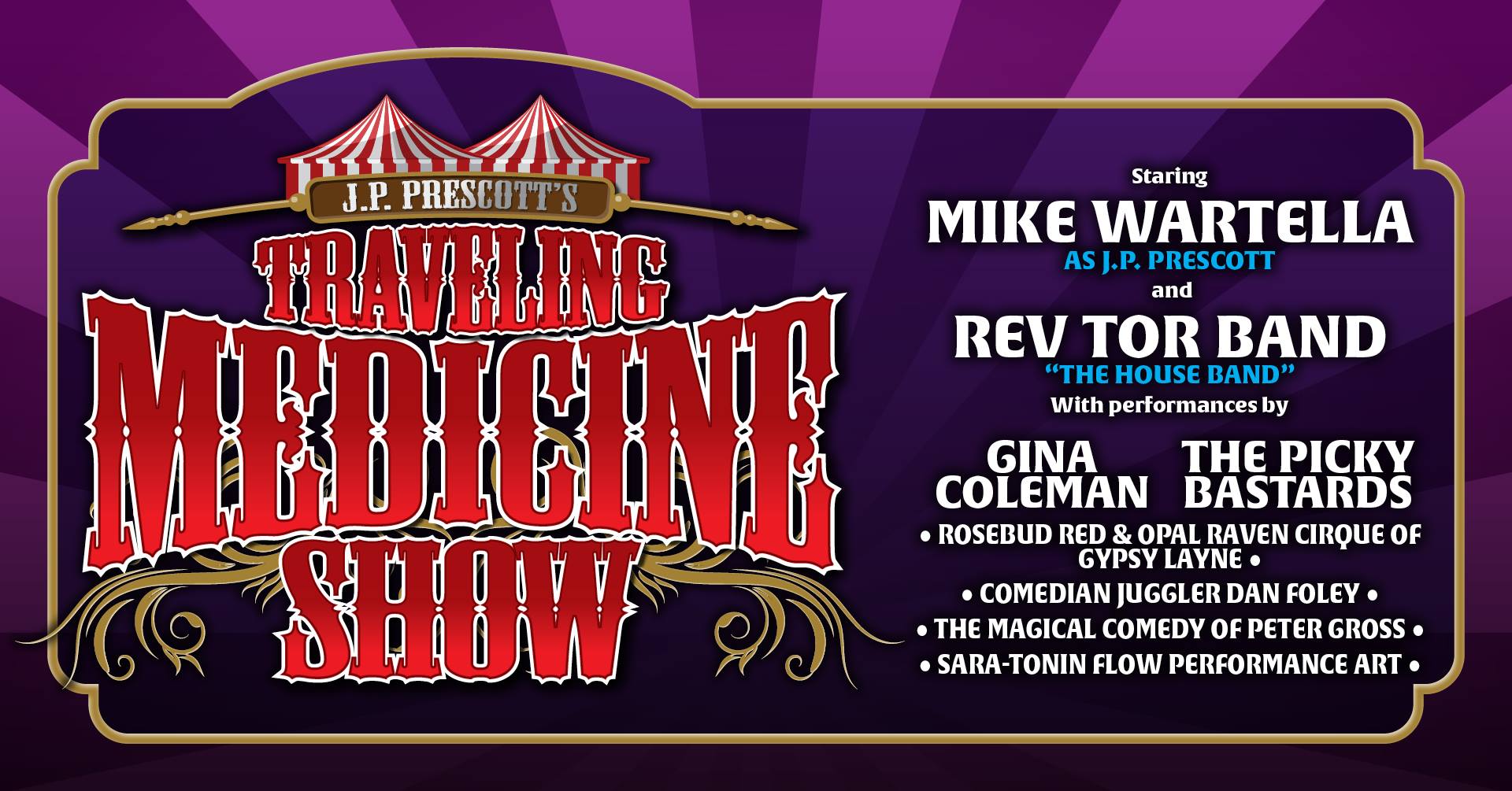 Welcome to J.P. Prescott’s Traveling Medicine Show—a modern take on the old-time traveling tent shows of the late 19th and early 20th centuries. Your Master of Ceremonies, Professor J.P. Prescott III, has traveled the globe in search of just the right ingredients to fuse with his patented, pure graded, 100% American rattlesnake oil. Along the way, he has encountered some of the most amazing performers the world has ever known and has assembled them all in one show, for just one night, under one big tent. So find yourself a seat, you are in for a treat. You have made it to the Medicine Show.